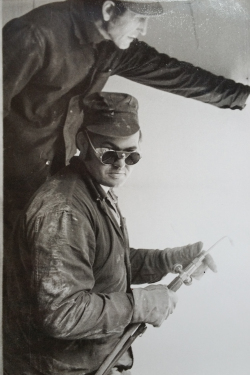 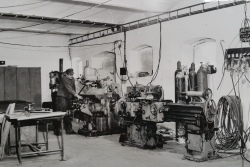 The company, originally called Stroj & Spol., was established by the Baumruk family in 1990. The company, with its original staff of three full-time employees, first concentrated on custom metal production to order, mainly on the design and construction of atypical/ -bespoke projects. In 1994 the company moved to its new premises which were renovated and expanded at the same time.

With the quick acquisition of new customers and subsequent increase in manufacturing volume, the original family company was transferred to BAUMRUK & BAUMRUK s. r. o., a limited liability company, newly incorporated in 1996. At the same time, thanks to precision work and successful fulfillment of all agreements, the company changed its orientation and began to concentrate on foreign customers with the serial production of various metal components for construction machinery. In 1997, the acquisition of shares in the limited liability company of Yamas s. r. o. created the expansion of the existing premises into a manufacturing plant within the municipality of Chrást u Plzně. At that time the company also commenced trading spare parts for railway carriages.

Since 2007, the company has extensively invested in automation, machinery and software. The machine park was completely renewed in one year. Acquisition of the welding certificates ČSN EN ISO3834-2 and ČSN EN 15085, created further assertion and success in this competitive environment.

In 2010, a new ERP system was implemented and it improved all processes in the company rapidly, and EDI communication was set up with the main customers.

In 2013 the company invested massively to further manufacturing development. The whole production plant was completely rebuilt. The new and modern production facility -with a total area of 3200 m2 and two stock halls with an additional total area of 1000 m2- were built. At the same time, a new administrative and sanitary building with an area of 700 m2 and a new machinery park which includes a new powder painting shop, were added..

In 2017 new welding shop of 2000 m2 and a warehouse of 600 m2 was built. This investment increased automatization of the welding thanks to the new welding robots and off-line programming. At the same time the investment into automatic warehouse systems, CNC machining or measurement technology was made.

In 2017 the company now employs 100 full-time staff members in our own modern production plant with a total area of 10000 m2 and offers first class service to customers. 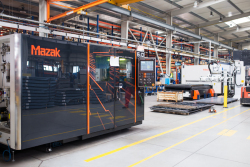 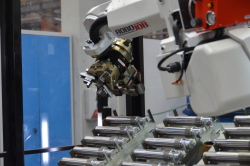